The Coast Guard is a specialist police agency dedicated to protecting the coast of the country. The Coast Guard has powers of policing across the entire coastal waters surrounding the country, as well as waterways connected to the sea.

The mandate of the Coast Guard is to prevent smuggling and crime happening on country's borders, as well as promoting marine safety and coming to the aid of vessels and persons in distress in the water.

With their ready access to air support, they often provide mutual assistance to Rescue Associations (Bjargingarfelag) across the country. 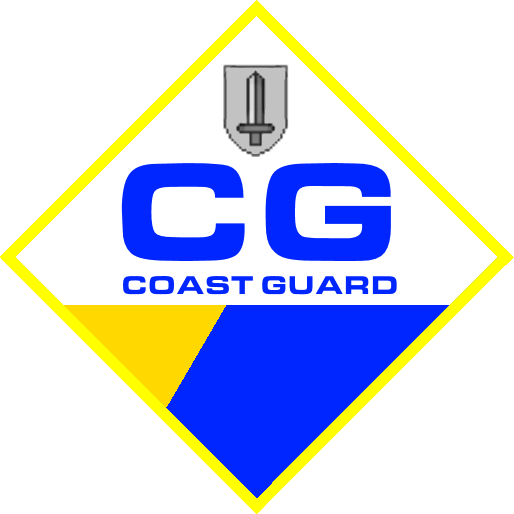 The nature of the work of the Coast Guard often means there is very little overlap with the jurisdictions of other police agencies.

The only two notable exception. Liberty City Metropolitan Police, have their own Marine Police Unit, so policing responsibilities are shared, and the Coast Guard also works closely with the LCMP at the Alderney Ferry Terminal, which sees boats coming in from national and international destination.

The second is the Naval & Marine Police. With the NMP primarily working in civiallian and military ports, the Coast Guard works closely with them to prevent smuggling and other offences.

The Coast Guard works closely with the ambulance, fire & rescue, and rescue association services across the country.

The Coast Guard is most analogous to Britain's Border Force. Despite the similarity of name, the UK's Coast Guard (HMCG) is primarily a rescue organisation, while the Border Force deals with issues around smuggling, etc.

Unlike the Border Force however, immigration at airports, ports, etc, are not done by the Coast Guard - who's remit is exclusively limited to the coastal waters. Immigration crimes are left to the local police forces and the Special Operations Response Agency.